Under the Puig license, Paco Rabanne opens a new chapter in the XS saga this year. We are talking about the new Pure XS perfume, created by Caroline Dumur, Anne Flipo and Bruno Jovanovic. Anne Flipo is the pioneer in the making of this perfume, forming part of the Paco Rabanne since 2010 and having taken part in creating scents such as Olympea and Invictus. On the other hand, Caroline Dumur became part of the team in 2016, collaborating with Anne Flipo in the creation of Pure XS, as well as So Sweet by Lolita Lempicka. Finally, Bruno Jovanovic had already collaborated in developing Lady Million, along with Boss The Scent For Men and the special edition Boss the Scent Intense for Men. 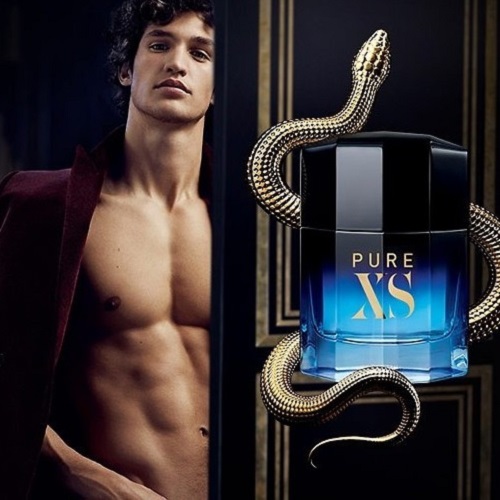 The initials XS mean Sex and Excess and the saga is one of Paco Rabanne's most important series of perfumes, exploring the power of seduction of both sexes. As of the late 60's Paco Rabanne has collaborated with Puig to launch perfumes which, slowly but surely, have consolidated themselves and captivated their own market, those who are looking for the most daring and suggestive fragrances. Today they have over 70 perfumes on the market, amongst which you can find the successful Ultraviolet, Lady Million, 1 Million and the XS saga.

A fragrance full of contrasts that brings men’s sensuality perfectly to life, eroticism and power. It so happens that, as stated by the creators, its objective is to transmit "skin shivering with desire and burning with pleasure", evolving this way into a concept of original inspiration styled on modern times. It’s a perfume with a risky and seductive intent that leaves nobody indifferent, capable of conquering both male and female hearts.

Pure XS (Pure Excess) is, to date, the purest expression of the above mentioned. An oriental style fragrance with fresh spices, woods and resins, with a dose of fresh ginger and a mixture of meaty sweet vanilla and myrrh. The top notes are ginger, thyme and green chords, with the central notes being leather, cinnamon, liquor and vanilla; the back notes are cedar, myrrh and sugar.

The face of the advert is that of Francisco Henriques, of just 21 years of age, a humble, handsome, bold and intelligent man with good taste, walks through his mansion with a look of arrogance and smoothness etched upon his face, as he is spied upon by an army of followers. It is a fantasy of a man who can't be more perfect, but at the same time is perfectly indecent. All of this with the goal of bringing to live a fragrance born to evoke a chilling sensation but with an intense heart. It offers an authentic experience for all the senses, just what the brand is looking for, a perfume that overloads the senses with doses of contrasts in which heat and chills complement one another. 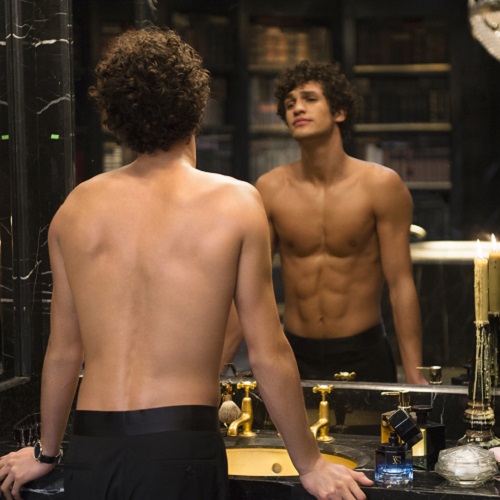 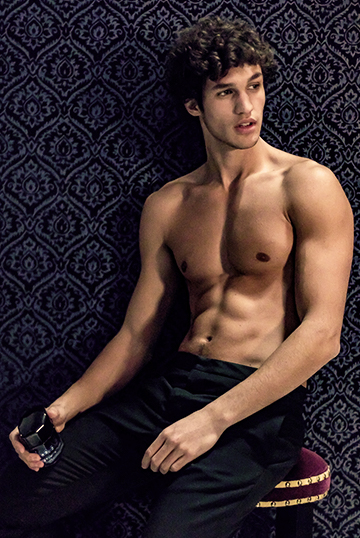 An irresistibly seductive scent that knows full well its own power. Excess in its purest form. A careful objective always obtained with perfumes that are born to conquer the public. Fusioned with two very powerful male traits: luxurious elegance of that man who seem untouchable and the powerful sweeping sexiness. A perfect combination of both extremes in one perfume, it is the pureness of male beauty and the excess of male prowess. The result is an attractive game of discovered sensations, where audacity and decency are mixed with virtue and vice. 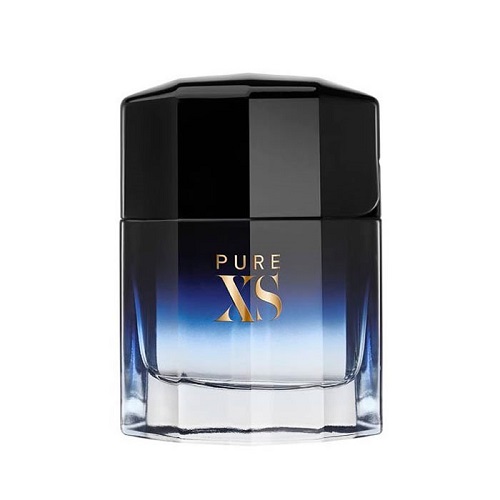 The bottle is presented as a lighter, following the design of the other perfumes from the range, with black and dark blue colours, but with its own personality. Straight and faceted shapes that are tinted with the diffusion of the colours of the thick glass base. Its tones contrast with the gold of the letters XS, merging with them in a harmonious way and achieving a very elegant balance. For the lid glossy black plastic has been chosen, leaving behind the characteristic metallic covers that we have so often seen in previous versions. The result is a different bottle that attracts attention, different from the rest of the saga and much more similar to the sister saga Black XS, with which it shares that daring touch that goes beyond the bottle.