UNICLED WHITE SMILE Would you like to get your teeth up to 8 shades ligther while working in ... Read more

Colonia Futura. The past, present and future together, in deep connexion with nature. Colonia ... Read more

At BeautyTheShop you can get the best promotions and exclusive gifts by the best beauty brands.... Read more

Since 1902, HR has followed the vision of a pioneer woman, Helena Rubinstein. Determined and bold, ... Read more

For Acqua di Parma, shaving is much more than a simple step in our personal care routine.... Read more

The MID SEASON SALES are here! Benefit from up to 20% discount on the best beauty and signature ... Read more

How to keep your hands protected and young

Our hands are one of the most exposed parts of our body and we normally forget to take care of them ... Read more

Get one of these amazing * Clarins Essential Beauty Sets valued at over £30 when placing an order ... Read more

10% DISCOUNT only this weekend

Red Friday is arriving here at BeautyTheShop on Friday 7th February 2020. Have you not heard of ... Read more

Valentine's Day is almost here... Would you like to surprise your partner? We can help you! If ... Read more

EXTRA 10% discount. Only until Monday!

It is sales time at BeautyTheShop! Enjoy an EXTRA 10% discount on all our brands. The coupon is ... Read more

We would like to tell you about the latest and limited editions in perfumery by the main international ... Read more

Get 10% of your Christmas purchases at BeautyTheShop

Get your Christmas presents ready at BeautyTheShop and we will give you a 10% discount on the ... Read more

Penhaligon's is a British Perfume house that has a rich and varied history. The story began in the ... Read more

We are glad to introduce you the brand Parfums de Marly, a new luxury perfume brand just arrived ... Read more

WOULD YOU LIKE TO GET ALL OF THESE ATKINSONS PRODUCTS? Atkinsons is one of the most prestigious ... Read more

With more than 40 years of experience in suncare, Clarins presents its new range of suncare products ... Read more

In Beauty The Shop we are lucky and proud to present the latest fragrance novelties for this summer ... Read more

Penhaligon's is a British Perfume house that has a rich and varied history. The story began in the 1860's when a barber from Cornwall travelled to the vibrant capital and and opened a store on Jermyn Street searching for fortune, starting in this manner a distinguished career. This creative and ambitious young man was William Penhaligon, the founder of Penhaligon's.

In 1874 Hammam Bouquet was founded thanks to the inspiration proceeding from the aroma of the Turkish baths near Jermyn Street, opening that same year his own shop where he sold perfumes and other perfumed items.

This rich olfactory heritage of 147 years resides in the heart of all its fragrances full of integrity, personality and sophistication. Each Penhaligon's fragrance is unique and is built from a mixture of natural sources of the highest quality and the latest technologies in fragrance chemistry.

It is no surprise that Penhaligon's has been awarded twice with The Royal Warrant, the best recognition that can be given to people or companies that have provided goods or services for at least five years to Her Majesty the Queen, His Royal Highness the Duke of Edignburgh or His Royal Highness the Price of Wales.

The Penhaligon's universe spins around its values: British heritage, contemporary aristocracy and eccentricity. Around these values their fragrances, which are grouped in four collections. 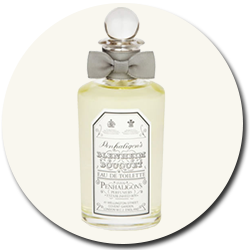 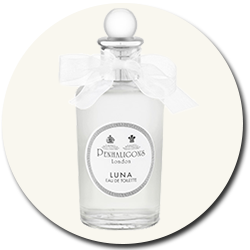 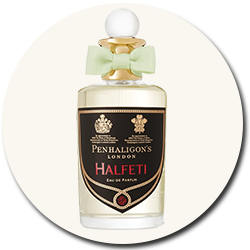 Each perfume represents a person from British aristocracy

We would like to tell you about Portraits in particular. A tribute to English spirit, halfway between the established beauty canons, humour and provocation.

Each fragrance represents the essence of a person in a fun story. A fictional olfative experience in each perfume brings together the traits of an English person. Are they as courteous and educated as they seem?

Presenting the head of the family, Lord George, a respected and rich man. He brings to life aristocracy's most noble values: virtue, respect, loyalty and faithfulness. This fragrance reflects his essence. A traditional appearance with hidden secrets... The flesh is weak.

His wife, Lady Blanche, is one of the most influential women in Great Britain. Her distant beauty, mysterious past and burning passions are examined by all that surround her. She would do whatever it takes to continue climbing the social ladder, anything... even poisoning her husband to inherit his riches and bury her secrets forever. A charming yet dangerous fragrance.

Would you like to know more about the members of this enchanting collection?