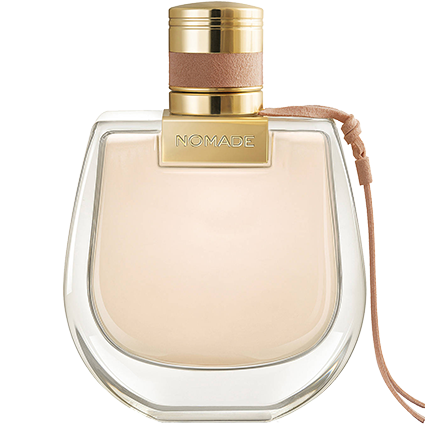 Eau Sensuelle is a new elegant and feminine interpretation of the Love Story orange blossom scent.

Refined and voluptuous notes come together in a uniquely seductive combination. 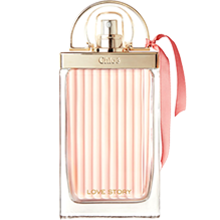 Chloe perfumes are fragrances created by designer Karl Lagerfield, whose path toward fame began after emigrating to Paris in the early 1950s . The German-born designer got his start in 1955 with Pierre Balmain after placing second in a competition to Yves Saint Laurent that resulted in his entry being put into production by Balmain later that year. Leaving in 1958 to take a job with Jean Patou, Lagerfeld, who was barely 20 years of age, found his time with Patou to be very educational yet extremely trying. As a result, he left Patou’s employ after a year to freelance. By 1964, Lagerfeld had become disillusioned with haute couture and left Paris to study art in Italy.

Returning to fashion shortly thereafter, Lagerfeld freelanced with various houses for the better part of his career, making a name for himself wherever he journeyed. His aptitude to make bold fashion statements and fearless presentations, coupled with his strong tailoring skills, had elevated his work in the houses he’d been associated with and made him a mainstay in the industry. His collaborations with various artists across different media brought him international celebrity and recognition, while his own persona and distinct image, with his signature ponytail, dark glasses, and gloves, has been immortalized in jewelry, art, dolls, stuffed animals, and puppets.

It is little surprise that Karl Lagerfeld would add perfumes to his product line. The designer has been producing fragrances since 1978, when he launched his signature Lagerfeld cologne for men, a strong, masculine scent that is surprisingly not overpowering and has great staying power. In addition to cologne, Lagerfeld also created fragrances for women. His popular women’s perfume Sun Moon Stars, housed in a midnight blue bottle, is as beautiful as it is intoxicating. Other popular Lagerfeld fragrances include Photo, Narcisse, Chloe, and Kapsule Light. In fact, his perfume Chloe is one of his most popular perfumes.

The original Chloe fragrance was originally released around 1975 and is a classic Lagerfeld scent. Chloe perfume currently comes in several variations. These can be purchased online here at Perfume.com. Chloe parfume makes a perfect gift for a loved one, and when you purchase the Chloe fragrance of your choice from us, you’ll benefit from inexpensive, discount pricing. When you shop for perfume on our site, you can be assured that our products are authentic and never knock-offs of the original. In addition, if you are unsatisfied with your Chloe perfume, we offer a 30-day money-back guarantee.